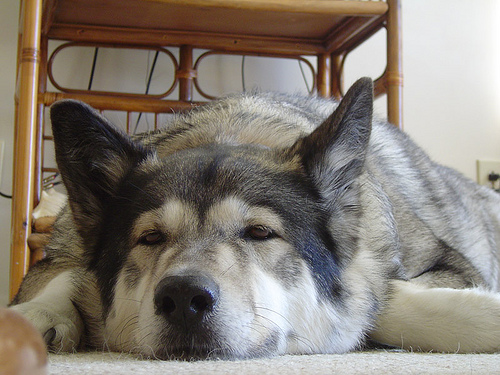 Denver, Colorado – Dogs in Colorado are the latest victims of marijuana.  The citizens of Colorado voted to allow ‘owners to administer marijuana to their dogs, to ‘chill them out’ in stressful situations’.  Cannabis is being used to alter a dog’s brain, so it will not bark.

Despite how unethical it is to force a dog to eat or smoke marijuana, footage of pitbulls with violent history surfaced on YouTube.  The dogs, which would usually maul any person in proxy to death, were tricked into eating several spliffs of marijuana.  When released from their cages and taunted by a police officer in a dog proof suit, the dogs simply sniffed at the officer and raised one leg, urinating on the officer as a marked territory.

The dog then proceeded to beg for food and take a nap.

“When people see just how relaxed and predictable dogs are after having marijuana put into their food and the smoke blown into their faces on a consistent basis, this will become the new normal for maintaining a healthy dog.  Hopefully, maintaining a marijuana regimin for your dog will become a law.  It only makes sense to give dogs something that will cause them to just relax and be at low risk of attacking others,” reports Denver vet Dr. Hans Klopek.

Syndicated with permission from Topekas News.