You are here: Home / Dog Articles / Animals Are Parents, Too 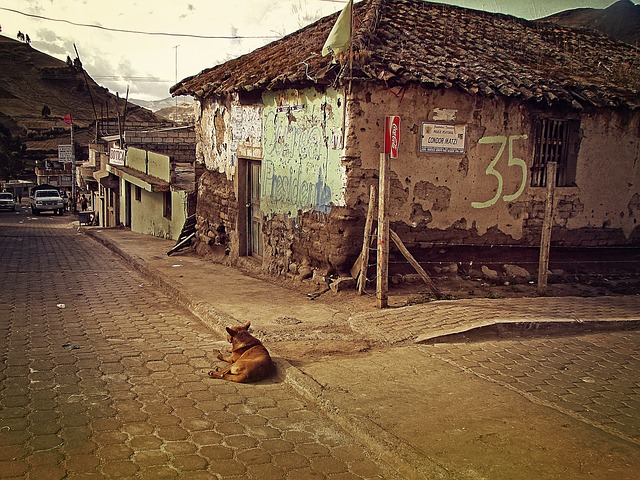 Animals Are Parents, Too

Animals Are Parents, Too

*I don’t often use other people’s work but I thought this story was too beautiful not to share.

I want to let you know about an event that changed my life many years ago. It is a memory that periodically comes and goes, but it is one of the most precious memories that me and my wife share. I am thankful that we can remember it together. It’s a reminder that things are not what they seem and that angels come in many packages.

We live in College Station, Texas and we were on our way home from Houston, Texas around the Weston Lakes area one Saturday or Sunday morning. And when I say morning, I’m talking 1:00 to 2:00 in the morning. We were on our way home and decided to stop at a local gas station to get coffee and something to snack on since it was a good hour and a half before we got home.

When we were done, we got back into our car and before I started it, we noticed a man standing outside in front of the building. You could tell that he was a homeless man. His clothes were tattered and worn and it looked like he had gone in and gotten him some coffee or something warm to drink since it was cold this time of the year. He must have not had enough money to get something to eat. That is not something I remember too well, because that is not what “moved” me.

The next thing I remember is a dog that walked up to the front of the building. Being a dog lover, I noticed that she was part wolf and probably part German shepherd. I could tell she was a she, because you could tell that she had been feeding puppies. She was terribly in need of something to eat and I felt so bad for her. I knew if she didn’t eat soon, she and her puppies would not make it.

Me and my wife sat there and looked at her. We noticed that people walked by and didn’t even pet her, like most people do when they walk by an animal in front of a store. She might not have been as pretty and clean as most, but she still deserved better. But we still did not do anything. But someone did. The homeless man, who I thought did not buy himself anything to eat, went back into the store. And what he did brought tears to me and my wife. He had gone into the store and with what money he may have had, bought a can of dog food and fed that dog.

I know that this story isn’t as inspirational as most stories, but it plays a great part in our lives. You see, that was Mother’s Day weekend. And a lot of people forget that some animals are parents too. And animals as well as us are God’s creations too.

It would be a better story if I could remember all the details, but even without the details, I believe it still gets the message across. It took a homeless man, to show me what I should have done. He made me a better man that day.

Syndicated with permission from

Do We Put Too Much Emphasis on Our Dogs Past?
Is a Big Yard Just an Excuse to Ignore Your Dog?
Dear Carter - An Ode to My Best Friend
Pick Up The Poop - Don't Be A Jerk
« Jogging Can Be Harmful To Puppies
Dog Shot By Owner Adopted By Vet Who Saved Her »